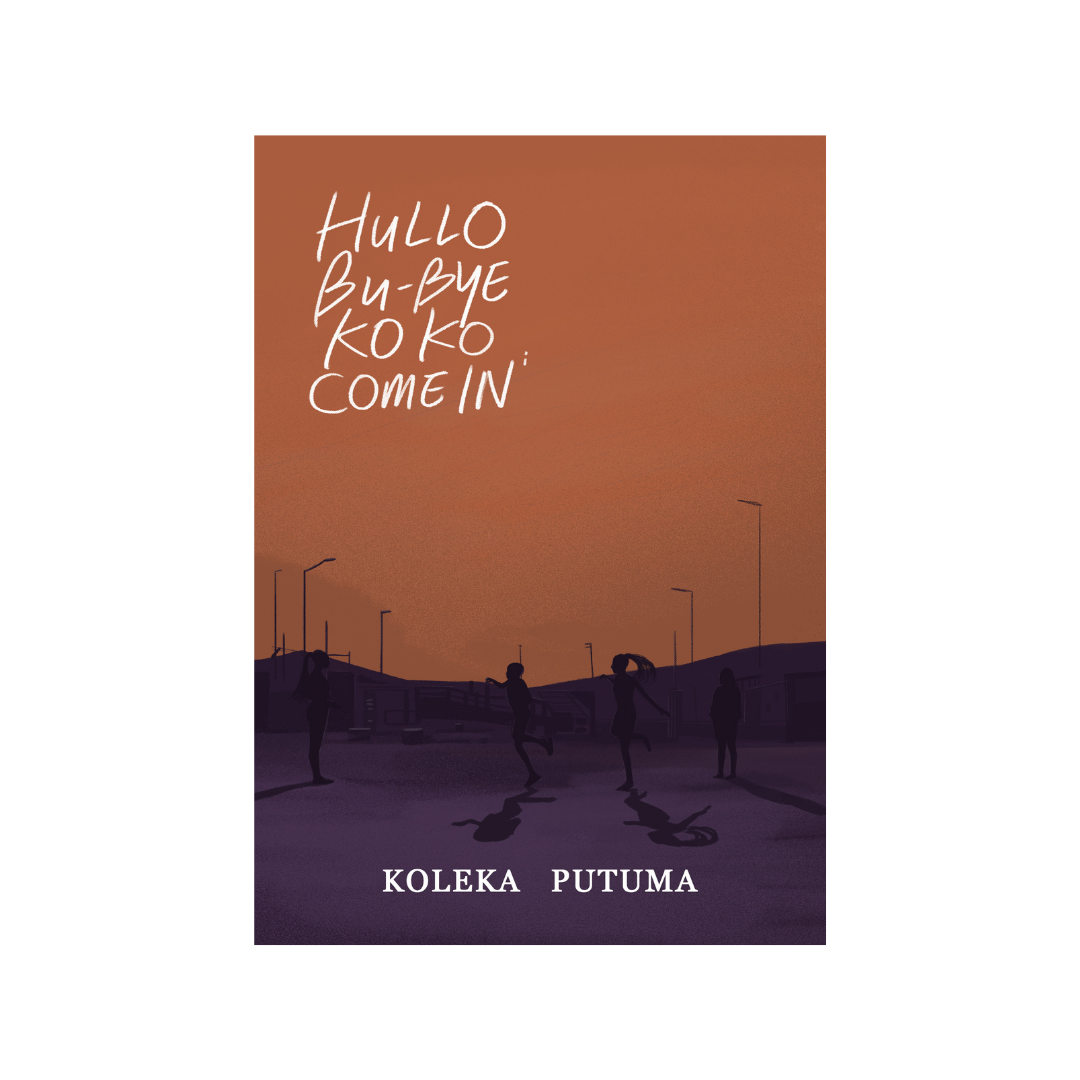 The title of the book is inspired by a South African phrase made famous by the legendary musician Brenda Fassie in her 1992 song, Istraight lendaba.

Like the legend who inspired the book title and the song from which the name of this poetry collection was selected, Putuma wanted to build on the themes she explored in her first book, Collective Amnesia, and go straight to the heart of tackling the legacies of black femme erasure from society as well as in the arts.

The success of Collective Amnesia, a bestseller that has sold over 6000 copies and been translated into eight languages around the world, saw Putuma perform for audiences across the continent as well as in Europe.

“In writing Hullo, Bu-bye, Koko, Come in, I wanted to reflect on my personal experiences of travelling and performing outside of South Africa and more specifically, Europe. I wanted to understand different aesthetics and forms of memory, documentation, performance, hyper-visibility and erasure. I wanted to look at how those things frame our understanding of women in the archive, legacies of archiving, celebration, fame, culture and black women on and off the stage,” Putuma says.

The book is divided into four chapters dealing with subjects related to history, the erasure of black women from the archive and more personal poems where Putuma resuscitates the stories of women in her lineage who have had an influence on her life.

“I wanted these excerpts to serve as a conversation between the poems and an archive of sorts - an archive of black women (living and dead) who are looked at, celebrated, uncited, erased and exploited. I wanted to make visible the words of black women who have had to navigate the complexities of a constant gaze that often renders the “looked at” invisible. In my quest, I wanted to further understand and challenge my own methods of citation, documentation and seeing – and in doing that – invite others to do the same,” she says.

Save this product for later
Display prices in: ZAR
bottom of page